The World's Most Beautiful Libraries To Work In

The World's Most Beautiful Libraries To Work In 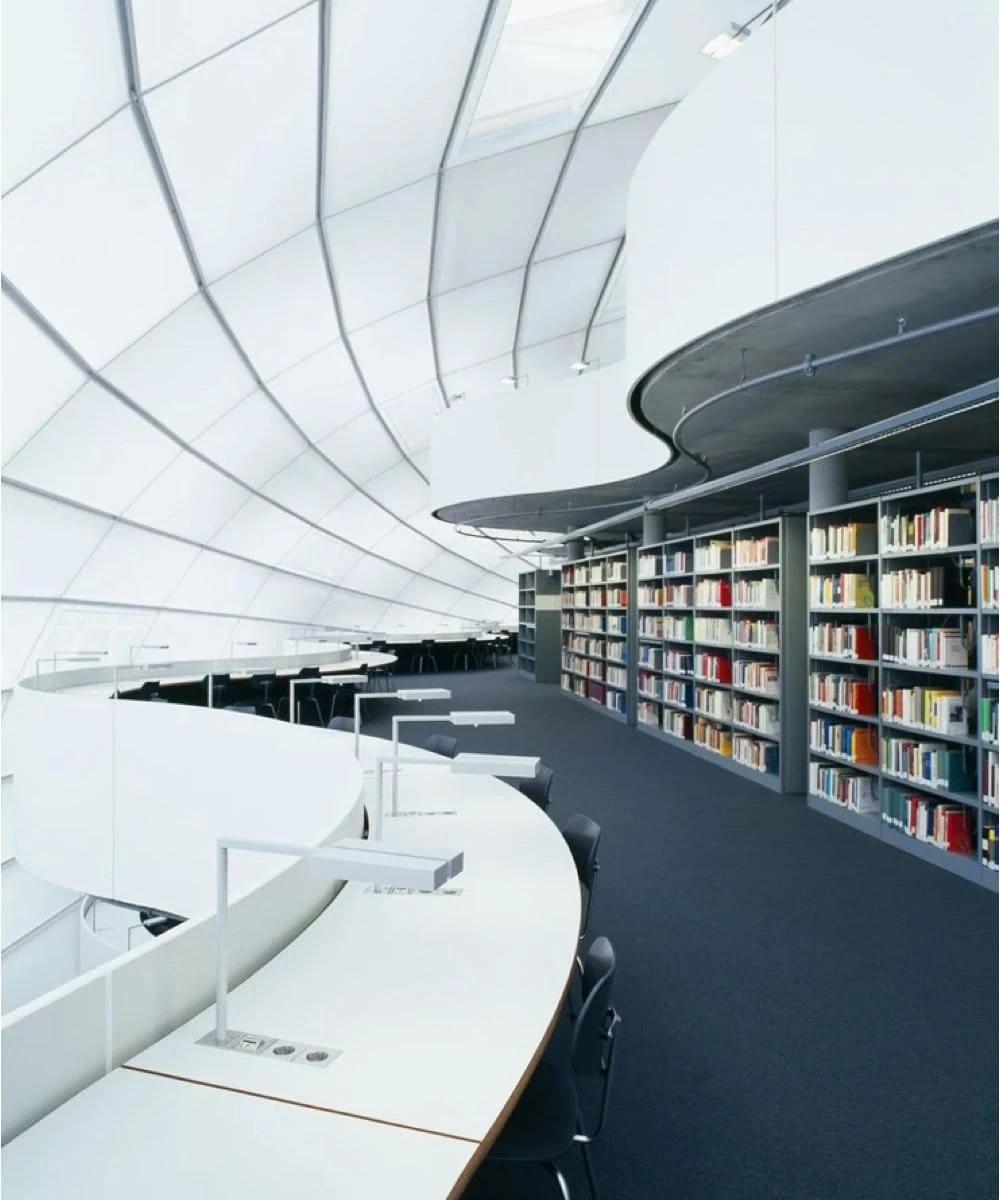 Where we work can impact the approach that we have towards our work. It's why iconic creatives like Ernest Hemingway used to write at the crack of dawn or how important an ergonomic workstation is to your productivity.

Public places are also an inspiring (and free) space to get work done and there's no better public space than a library. Here are 14 of the world's most beautiful libraries to work in:

At Trinity College in Dublin is one of the oldest modern libraries in the world. Originally built in 1733 by the Irish architect and engineer Thomas, Burgh, this library uses dark wooden features like 213 long chambers and a barrel-like ceiling. It also is home to the Book of Kells, a 9th-century gospel known for its beautiful illustrations of the New Testament.

Designed by architects Coelacanth K&H to bring the outdoors indoors, the Kanazawa Umimirai Library pays homage to Japanese minimalist aesthetics. Its white walls are filled with 6,000 little holes to let in natural light, and also is designed to provide structure to the building in case of earthquakes. The vast size of the space makes it one of the 100 largest libraries in the world.

A mega-library in the heart of Mexico City, the Biblioteca Vasconcelos was designed by local architect Alberto Kalach to "reorganize human knowledge" in a way that is user-friendly and aesthetically inspiring. The result is a massive 409,000 square-foot library that also showcases local Mexican artists and is connected to an outdoor botanical garden.

Home to a collection of 300,000 rare books, the Peabody Library at Johns Hopkins was designed by local Maryland architect Edmund G. Lind in 1878. Its main atrium rises 61 feet, lighting up the space with beautiful light during the day. Inspired by Greek design, the library features large columns with gold scalloping along with classical style embellishments. The center of the atrium has desks for working and reading.

Known as the first "Experiential Library," The Cerritos Millennium Library was the first library to create different spaces to curate unique themed experiences. It houses the "Old Room" with ornate European design elements like a fireplace and mid-century columns as well as a Children's Room with a marine aquarium theme. The library was also the first building in the world to use Titanium plating for its exterior, a practical and aesthetic choice by its architect, Maurice Fleishman.

Victorian-era red bricks color the outside of the Fisher Fine Arts Library at UPenn, paying homage to the look of the Philadelphia factories during the 19th century. On the inside, high ceilings and open space are paired with Shakesperean style furniture. The library was designed by architect Frank Furness and is a National Historic Landmark.

A swooping facade characterizes the National Library of Sejong City, symbolizing a book page that has been turned over. Open to the public in 2013, it's a modern library that houses a collection of both digital and print books -- including over 3 million digital books. Architects S.A.M.O.O designed the space to include large conference and seminar spaces, as well as a dining area, and a book-themed park.

The Bibliotheca Alexandrina pays homage to the great Library of Alexandria, known as the capital of knowledge and learning. Its 11 stories house both 8 million books as well as 4 museums, 4 art galleries, and a large planetarium. Its Norwegian Architects designed the outer granite walls with 120 different Alexandrian scripts as a tribute to the history of human language and knowledge.

The unique shape of The Philological Library combined with its location at the Philology Department at Berlin University has given it the nickname "the Berlin Brain." It houses thousands of rare books in its four-story structure, as well as ample desk space for studying and working. At night, a beautiful checkboard lighting can be seen through the library's transparent partitions.

At the University of Chicago is the Joe and Rika Mansueto Library, also known to locals as "The Egg," due to its oval dome shape. The architects Murphy/Jahn designed the library to be 55 feet underground so as not to take up physical space on an already crowded UChicago campus. The library houses over 3.5 million volumes, including one million of them in a rare-archives collection. With a transparent dome glass roof, the library gets beautiful natural lighting during the day.

Designed by Japanese architects Toyo Ito & Associates, the Tama Art University Library provides a collective space for gathering, studying, reading, and even watching films. The library's concrete and steel arches provide structure and an interesting play on the eyes as they guide the viewer into the entrance to the building.

Minimalist at its core, the Stuggart City Library takes inspiration from the Pantheon in Rome, but with a modern minimalist, grid-based adaptation. Designed by German-based Yi Architects, the building includes airy staircases and bright, white open spaces. In the center of the library is a multi-floor meeting area.

The Seattle Central Library draws you in with its distinctly geometric design and was created by renowned architect Rem Koolhaas. The 11 story building was designed with the ethos of creating a "continuous layer of transparency," and this is reflected in the building's outer skin of glass and metal. Home to 1.4 million tonnes of books and over 400 computers, this public library opened in 2004.