Why Almost Every Zipper Says YKK On It

Why Almost Every Zipper Says YKK On It 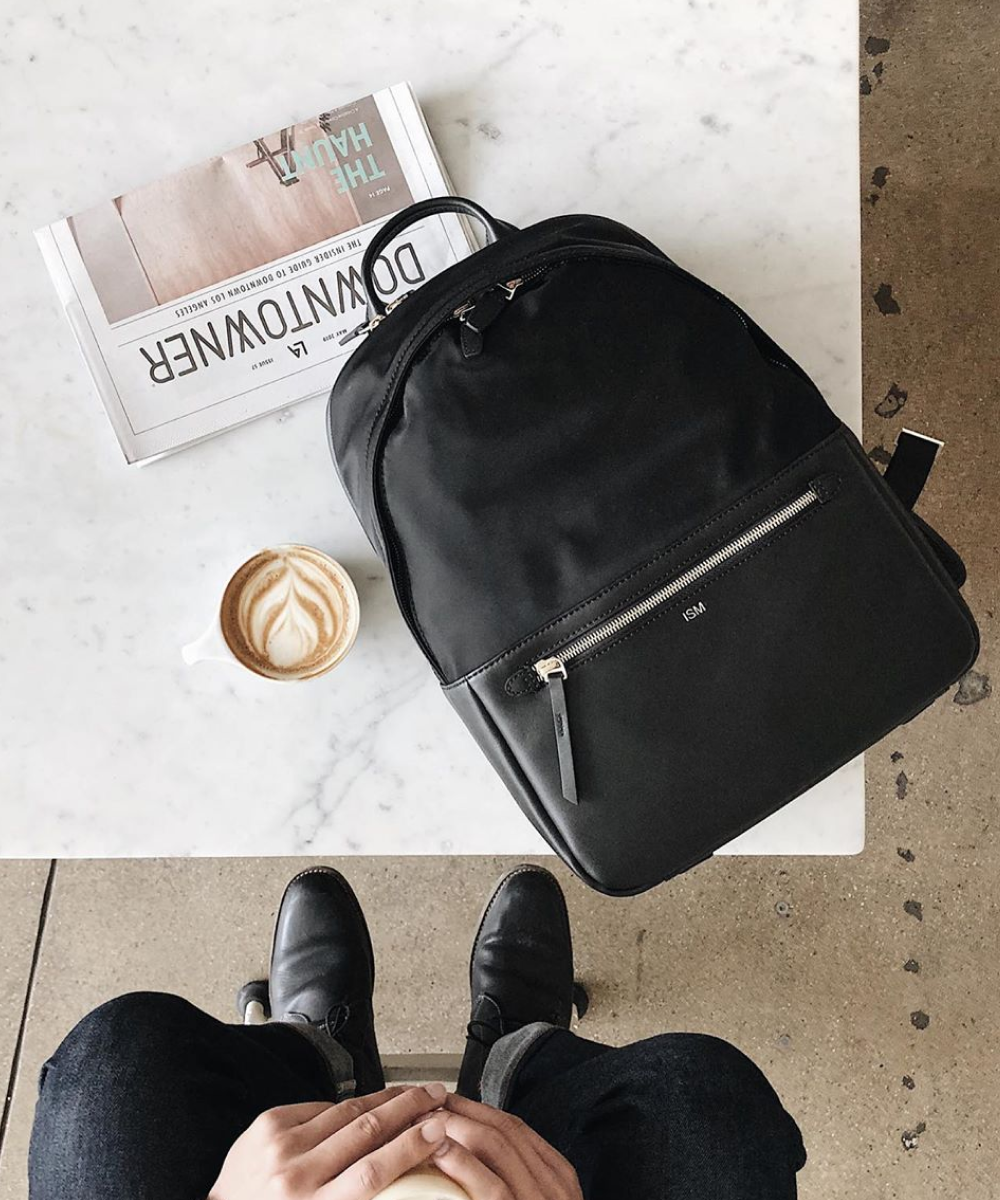 Who are these YKK folks and why do they make every single zipper I have? #lowkeymonopoly

Ever thought about who the “YKK” people are who created your zippers lol. They have to be rich as fuck!

If you’ve ever had the urge to examine a few zippers (preferably your own), you might have noticed something strange: nearly all are branded with the letters “YKK”. It’s almost surprising more people haven’t noticed - after all, a little research reveals they’re embossed onto half of the zippers on the planet.

IS WONDERING WHO IN THE HELL IS YKK? AND WHY IS SHE ALL ON MY ZIPPER???

Don’t worry, it’s not a reference to the early 2000’s Y2K crisis. YKK, or Yoshida Kogyo Kabushikikaisha/Yoshida Industries Limited, is a Japanese company that has been crafting zippers since the 1930’s. YKK is the most prolific zipper maker in both the US and the world. Though cheaper zippers exist, most mid-to-high range clothing makers still prefer to use YKK. However, it hasn’t always been this way.

Though it’s strange to imagine life without them, zippers are actually a recent invention. The modern zipper was created in 1914 by a Swedish immigrant in Hoboken, New Jersey. Before this, people kept their clothes fastened with long rows of buttons or hook-and-eye closures, which were time consuming to open and close (you can still find some hook-and-eye closures on modern bras). Though the zipper was an innovative and time saving breakthrough, it took a while to catch on. Early handmade zippers often broke, popped open, or rusted, as metal was the only material available.

Most of these problems were solved when Talon, the first major zipper manufacturer, burst onto the scene in the 1920’s. The company grew steadily throughout the early 20th century, first putting zippers on boots and pouches, and later on pants and dresses. Little did they know, however, that a challenger was arising on the other side of the globe. Tadao Yoshida was a young apprentice at a bankrupt trading company in Japan. After it folded, the owner gifted him the business’ remains. Yoshida rebranded the company, changed its name from “San-es Shokai” to “YKK” (the Yoshida Manufacturing Company), and relocated his headquarters to Tokyo. It was only a matter of time before he set up a factory in New Zealand, and then headed for New York.

Me, a couple years ago: I’m just gonna learn how to sew to do a bit more cosplay stuff, maybe a few clothes, not gonna get super invested though

Me, now: oh boy it’s a TALON ZIPPER and I can CLEARLY TELL from the style that it’s 1940s, this is the BEST

At first, the idea of unseating Talon seemed ludicrous. After all, they were making 70% of all zippers in the United States. However, YKK’s willingness to innovate and establish factories outside of Europe and the US (where zippers were cheaper to manufacture) propelled them forward. Talon, the former zipper god that ruled the US zipper industry for over forty years, was now left with a paltry 7% of the market by the early 2000’s. Their descendants can blame YKK, which by contrast, now operates in 60 countries worldwide and makes over 7 billion zippers annually. YKK was even featured in OutKast’s song “So Fresh, So Clean”, with the lyrics “YKK on yo' zipper, lick you like a lizard when I'm slizzerd.”

What makes YKK zippers the best of the best?

Like any business, clothing companies aim to cut costs, so it’s surprising that they still prefer YKK. After all, with a recent surge of cheaper zippers made by newer companies in China, why not switch?

I bought this from Venus in 2011 & was planning to wear it again today but the zipper broke. I'm upgrading it to a YKK zipper. Better... pic.twitter.com/M8OLRnj70P

It comes down to quality. YKK has thrived due to founder Tadao Yoshida’s philosophy known as “The Cycle of Goodness.” Yoshida frequently told employees that “no one prospers unless he renders benefit to others.” YKK trademarked this philosophy with the US government, and it can still be found on their website today. It explains the reasoning behind YKK’s drive to keep their standards high and their prices low.

Talk about a monopoly. Name another zipper brand other than YKK. You can’t.

YKK has always thought outside of the box. Their legendary quality originates from their custom-made zipper machines. When he started YKK, Tadao Yoshida wasn’t able to find a machine that met his standards, so he set out to build his own. Today, the details of how YKK’s machines work are still a closely guarded company secret and machines aren’t their only customized innovation. When his thread began to develop knots and his supplier could not create a knot-free version, Yoshida decided, yet again, to break from conventional wisdom and craft his own.

If you're not a YKK fan yet, please take a moment to think about all the zippers you broke in your life… they were made by other companies. Now look at your favorite zipper: is there a small YKK on them? Congratulations, you have just been blessed with lifelong quality!

Today, YKK makes everything onsite, down to the boxes that their zippers are shipped in. This is unusual in manufacturing. A 1998 Los Angeles Times story on YKK reported it “smelts its own brass, concocts its own polyester, spins and twists its own thread, weaves and color-dyes cloth for its zipper tapes, forges and molds its scooped zipper teeth …” Complete ownership of every aspect ensures that each ingredient is well made, and allows retailers to sell the zipper for less.

In 1993 I visited the YKK zipper factory in Japan. Every time I see one, even now, I smile as I am momentarily transported back to a completely different season of life. Finding joy in tiny things—even your zipper—can have a grand impact. ✨ pic.twitter.com/5OqU6PiYPC

Cheaper options exist for clothing makers who want to cut corners, but higher-end brands tend to stick with YKK for their track record of reliability. In an interview with Slate Magazine, fashion designer Trina Turk, whose clothes are sold at high-end retailers like Neiman Marcus, explained, “There have been quality problems in the past when we’ve used cheaper zippers... Now we just stick with YKK.”

If your zipper ain’t YKK u a broke boi

The zipper on my jacket broke today. Had they simply used YKK—the industry standard—this would have never been the case. #ykk pic.twitter.com/IqETjOd0V6

What are the different kinds of zipper options?

Not every YKK zipper says “YKK”. The company is willing to customize zippers to meet the needs of manufacturers, so many YKK zippers only feature the name of the clothing company that makes the item. Many manufacturers mix zipper types. For example, the ISM backpack features a plastic waterproof zipper for the laptop compartment, but a metal zipper with a custom pull tab for the main compartment.

Another way the YKK zipper may seem like it's not a YKK zipper is their slider: The typical slider often used by YKK is a flat piece of metal with a circular cut out near the bottom, but in reality there are many different varieties. For instance, the ISM bag has a more 3-dimensional shape, as well as a less commonly seen metallic gold or silver finish. We also include a leather pull tab for additional ease of use.

Though clothing like jackets and jeans usually only include one zipper, bags and backpacks will often use two. A head to head zipper means that you have two sliders, giving you the freedom to create smaller openings (useful if you just want to slide a hand inside and grab a wallet). It also means that the sliders are easier to access, so you can sling a backpack off one shoulder while you pull one of the sliders with your right hand.

Random thought...maybe its the medicine...ill bet $100 to everyone that their zipper says "YKK"...wanna know why?

One out of every two zippers in the world is a YKK zipper. However, they’re not evenly distributed. You’re more likely to find YKK on a high end handbag from Chanel than a coin purse at Old Navy. Companies that value quality over quick savings still reach for YKK, despite cheaper zippers being available. YKK makes over 7 million zippers a day in over 1500 different styles and 427 standard colors. Superior quality at an affordable price point means that YKK is the go-to zipper for mid to higher end brands, including luxury fashion houses like Prada and Gucci. You can also find YKK zippers on bags from ISM.